Edvance helps Vicki graduate to the next level 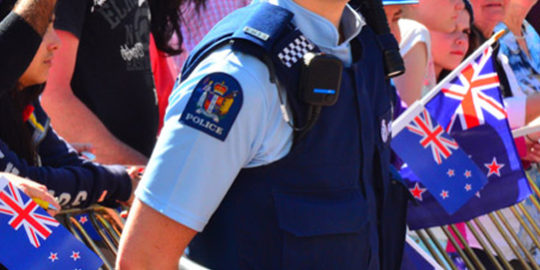 Becoming a Police Officer is a tough task, particularly for someone who never finished high school. But with the help of Edvance, Vicki Bishop has not only secured her dream job, she’s boosted her own self-confidence along the way.

“I never passed School Certificate. I hated maths, dreaded it. But by the end of the Edvance Pre-Entry Training Programme I felt really confident. And to have now graduated from Police College is quite an accomplishment. It was such a huge relief; when I passed my last exam, the tears did not stop!”

Vicki, a mother of two primary school-aged children, decided to join the police after many years working in office administration.

“The job satisfaction wasn’t what I was looking for. I needed more motivation in life.”

With the support of her family, she worked hard to get fit to pass the physical tests required for Police College. But the written pre-entry test which stood in her way, was a formidable challenge.

“I did a couple of examples they had on the New Cops website and thought “Oh my gosh, this isn’t going to be easy”.

Thankfully, her mother saw a newspaper advertisement for Edvance’s Police and Defence Forces Pre-Entry Training Programme which ran for 17 weeks near her Henderson home in West Auckland.

For two nights every week Vicki studied abstract, numerical and verbal reasoning, all under timed conditions.

“It’s all timed, which is perfect because the pre-entry test for the police is timed. You’re always working against the clock so this way you get used to it.”

Vicki says the programme taught her how to pace herself during the pre-entry test; how much time to spend on each question before moving on.

“I was really nervous going into my pre-entry test but afterwards I came out feeling confident, knowing I had done a really good job and had done my best.”

Her Edvance tutor, Chris Newton, offered her “amazing support” and made herself available whenever Vicki got stuck.

“If I didn’t understand something, she would always show me how to solve the problem in a different way.”

All of the hard work paid off, and when Vicki eventually sat her pre-entry exam in February 2014, she was told she passed with above average results in all areas.

Having passed her initial exam, she then underwent an “intense” 18 week training course at Police College in Wellington in late 2014. Vicki says her Edvance programme prepared her well for fulltime study.

“It was tough and there was a lot of pressure, but I passed everything. For someone who didn’t finish high school or have any qualifications, it was something to be very proud of.”

The 33 year-old is enjoying the challenges her new job brings, and says she couldn’t have reached her goal without the support of her family and help from Edvance.

“I’m really enjoying it. It’s really, really busy and there’s a lot of paperwork. But you feel good knowing that you’re making a difference in the community.”

Chris says in the four years she has been tutoring the Edvance Pre-Entry Programme, Vicki was one of the most motivated students she’s come across.

“She was absolutely determined to do it. She found out what she had to do, then just got on with it. She also practised every day and that was a major reason why she did so well in the academic test.”

Vicki returned to Chris’ class to share her success with Edvance learners.

“When I first met her in 2013, she was out of her comfort zone and very nervous,” Chris says. “Now she’s so confident speaking about her experiences. It’s amazing and a little humbling to see that metamorphosis. I know the New Zealand Police force has gained an extremely capable constable.”