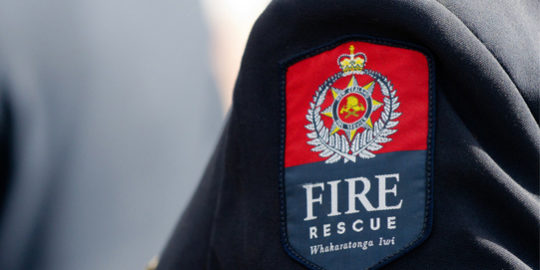 Robert Tino knew he could handle the physical challenges of becoming a firefighter – but a compulsory maths and English test proved to be a bigger hurdle than he ever expected. Twice he sat the pre-entry test and twice he failed. “When you’re away from school for a long time and haven’t been doing work like that, it’s hard to get a grasp on studying again,” the 25 year-old says. “I tried to study on my own, but it didn’t really help. So, I thought it would be a good idea to find some extra tutoring services and Edvance sounded exactly like what I needed.”

“I really found it beneficial studying in a group environment where everyone is in the same boat. We got used to being tested under time limits and we were able to help each other out by asking questions in class because we all had the same goal in mind,” Robert says.

“Our tutor, Chris, was awesome. She’s pretty experienced and knows how to get the message across and motivate people to get the work done and improve their test results.”

His tutor, Chris Newton, says pre-entry tests like the one Robert faced are designed to look for applicants who have initiative, quick thinking and reasoning skills.

“All of these careers involve a lot of study, so they want to know you can cope with the academic work they will throw at you during the training process.”

Chris says it’s not a question of intelligence, as many people struggle to answer the questions correctly during the test.

“We use these skills in our daily lives but not under test conditions. Most people can work out simple maths problems but without a calculator and under time pressure they freeze on the spot. So, our job is to help them solve those problems quickly.”

In September, while still completing his programme, Robert sat the Fire Service pre-entry test for a third time and successfully passed. “It was an awesome feeling! After the last two times it was great to achieve that part of the recruitment process and move onto the next stage.” Robert continued to complete the Edvance Pre-Entry Training Programme and was accepted into the Fire Service in mid-November. He now works fulltime at the Papakura Fire Station in South Auckland.

“It’s awesome. It’s what I’ve been working towards for the last three or four years and I’m loving it.”

His advice to other people wanting to follow a similar path is to do the Edvance Pre-Entry Training Programme and be disciplined about doing the homework required. “You will definitely increase your test score and get more confident about performing under test conditions.”

Chris says she was humbled by Robert’s decision to continue his Edvance Pre-Entry Training Programme despite having already achieved his goal of passing the pre-entry test.

“We had met his needs, but he wanted to carry on and that was quite something,” she says.

“Doing well in psychometric testing will not only boost your self-esteem but can help you get job promotions during your career as well. We find many of our learners get better results in their job or in their personal lives as a result of having completed this Pre-Entry Training Programme.”

Edvance helps Vicki graduate to the next level
January 30, 2018